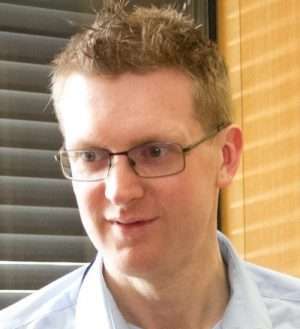 Dean had a difficult childhood which resulted in him attending seven different schools. Despite that, his potential was noticed and he was nominated by his teachers to apply for the Fulcrum Leadership Challenge which he successfully completed. During high school, Dean also developed the confidence to perform in school drama productions. Dean volunteered at a local primary school and worked in a social services adult care home. Dean was also awarded the Diana Award.

The first in his extended family to attend university Dean was granted a Wilkinson Scholarship to support his studies. Dean successfully completed BA Management at Nottingham University. Whilst there Dean, was elected to lead the local AIESEC branch, a youth global leadership programme.

After university Dean was elected to be the national Director for AIESEC Switzerland and later AIESEC Brazil. Dean was responsible for the professional and personal development of AIESEC members across multiple university groups. AIESEC Brazil won the global award for people development at the end of Dean’s term.

Returning to the UK, Dean was keen to support vulnerable children and started working at the Carnegie Leaders in Learning Partnership where he supported their school leadership programmes. Dean started work as governor of a local primary and was soon asked to step up to be Chair of Governors. Dean also completed a Master’s in Management with Distinction.

Dean’s next step was to Teach First, where, as Associate Director, he led the redesign of the two year initial teacher training and leadership development programme. As this entailed a move to London, he also started as a governor at a new school and was soon taking on the Chair role.

Dean went to work at Place2Be where he led the business relationships and operations of the mental health training programmes. Dean also completed a counselling skills programme.

Dean launched his own social enterprise, Minds Ahead, to address mental health from a school perspective and draws on the relationships with senior colleagues in the education and mental health sectors which support his work.

Within months of starting his new organisation, Dean developed a partnership with Leeds Beckett University to launch the UK’s first university centre for mental health in schools. This has resulted in the development and delivery of innovative school mental health leadership development programmes across the UK and internationally.

Dean is currently leading the UK’s first Master’s in school leadership of mental health and working with schools to develop a new role in schools: the School Mental Health Specialist.  Dean regularly speaks at conferences, workshops and consultation events.

In his spare time, Dean is the Chair of Governors at a Primary school and is a Nightstop host, accommodating homeless young people at his home.